My family instilled in me the value of hard work, service and above all responsibility for ourselves, our community and our future.

For Others, It’s Just Business.
For Me, It’s Personal.

I am a native of Lynn and have served on the School Committee for the past four years. From East Lynn to West Lynn, from Curwin Circle to the Highlands, from Lynnfield St. to Union St., I have been there for it all the last three decades.

Embracing multiculturalism is a step in the right direction for every citizen. However, leading a City as diverse as Lynn, requires a leader who has lived in it and experienced it. My first action as Mayor would be to connect with our Community, doing so honestly, frequently and transparently. 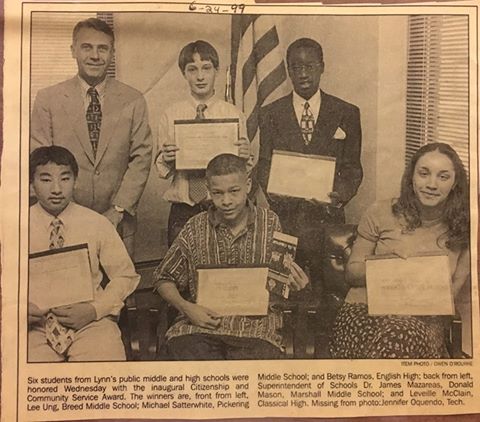 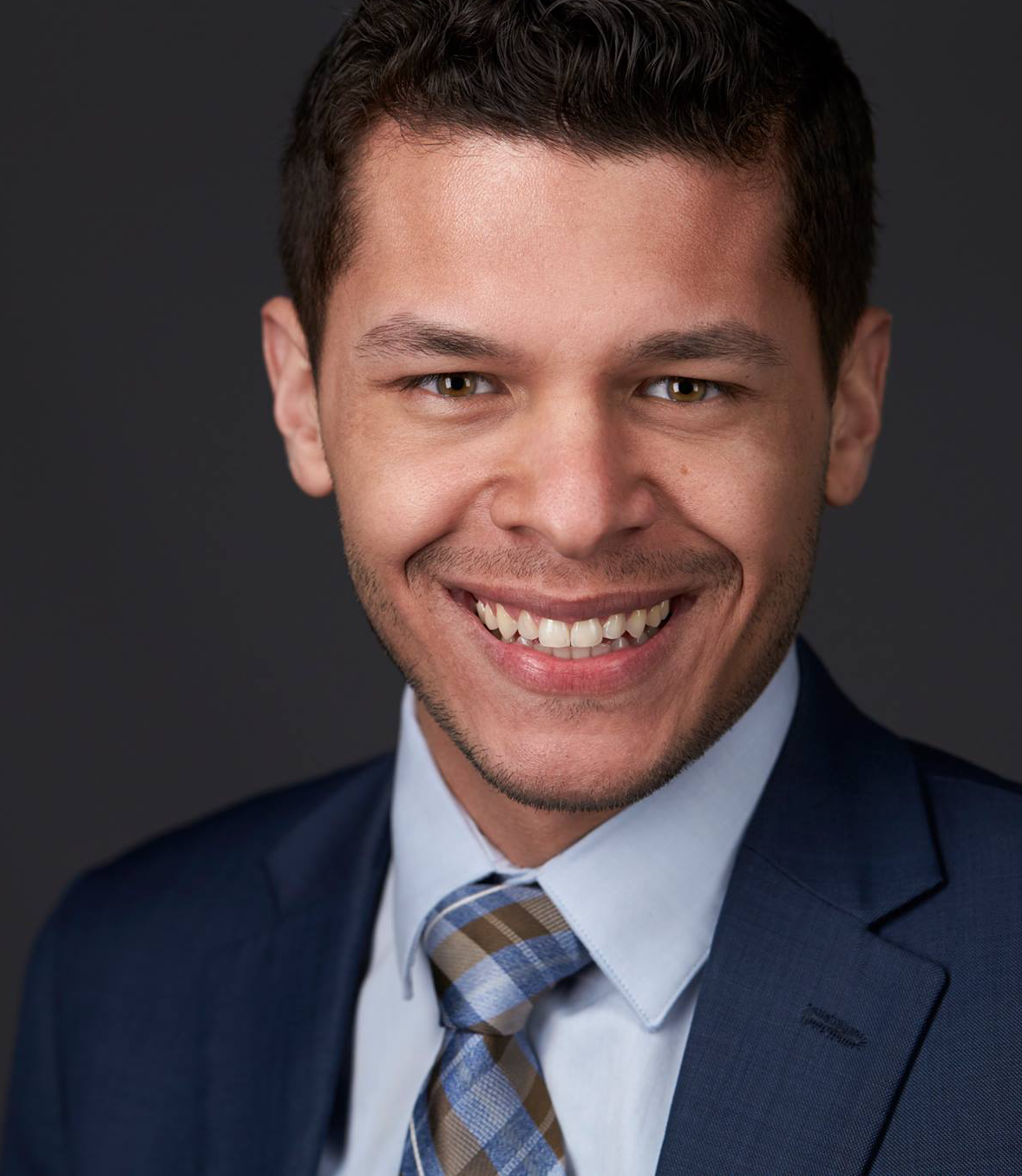 Our city has tremendous potential, I’m here to break through the barriers 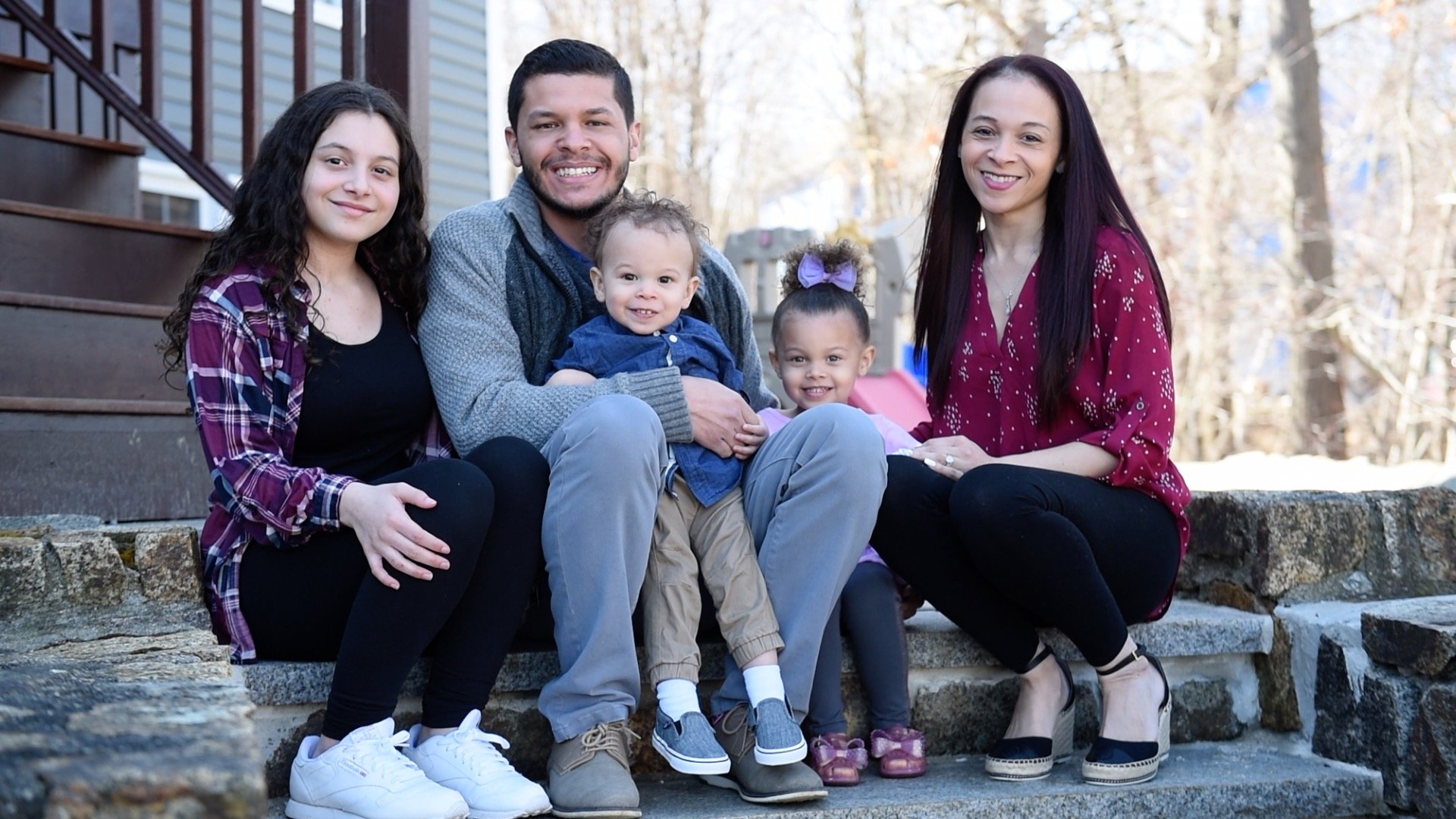 Michael, his wife Andrea and their children.

My Path to Candidacy

Michael has worked in the legal field for over 15 years, having opened his own practice 7 years ago. Michael owns the Lynn based The Satterwhite Law Firm, P.C.. Michael spent several years specializing in a variety of areas of law, including but not limited to, Animal, Business and Commercial, Bankruptcy, Discrimination, Employment, Family and Probate, Immigration, Real Estate/Property and Special Education law. In addition to growing a successful law practice, Michael utilizes his practice to educate and train Lynn residents that are interested in the legal field and welcomes, on average, 3 interns (high school and college students) per year for paid internships.

Michael’s law professor was Chief Justice of the Housing Court, Timothy F. Sullivan, and during law school Michael was able to observe Judge Sullivan when he was a Justice in Worcester Housing Court. Judge Sullivan encouraged Michael to join the Lawyer for the Day program, which Michael did. Michael has worked with both landlords and tenants in legal dispute in both housing and district court. In 2019 Michael was invited to join a group of attorneys (Housing Court Bench Bar Conference) in giving feedback to the Housing Court while drafting new policies to bring the Housing Court up to date and more user friendly.

In 2011 Michael started his work with his employer’s financial institution and lender clients on their reforms after the Consumer Financial Protection Bureau (CFPB) issued substantive regulations. Congress passed the Dodd–Frank Wall Street Reform and Consumer Protection Act in 2010 in response to the late 2000s recession and financial crisis. Michael helped many businesses impacted by CFPB become compliant. Michael continues representing businesses through reform, improvement and compliance.

Michael’s previous practice specialized in representing dog owners and pet owners. Starting in 2013, Michael was co-counsel on many cases that saved the lives of dogs and pets, either at trial or at a city or town’s enforcement agency hearing.

Michael has helped create businesses, both for-profit and nonprofit, on the North Shore. Representing clients from an idea, to building a business plan, to establishing a legal entity (with the Commonwealth and IRS-some being 501c3 applications in addition), to drafting operating protocols, to finding a location and negotiating a lease, to patent and copyright, to drafting contracts and agreement, to networking, and forming a long term business relationship. Michael’s work with local businesses also include finding fraud and corruption, working with local authorities and reforming business practices, which in return saves small business substantial funds and keeps prices and costs low for consumers. Michael often provides his expert business experience to non-profits at no costs.

Michael has practiced before the Massachusetts Commission Against Discrimination (MCAD) for several years. Michael’s work with MCAD has involved housing, age and work related discrimination. Michael has extensive background, knowledge and experience working with Lynn residents on eradicating discrimination.

Michael has practiced before the Bureau of Special Education Appeals for several years. Michael’s work with Special Education law has improved the services and accommodations in an equitable way for many students throughout the North Shore.

In 2017 Michael spearheaded class action lawsuits against two out of state businesses that failed to comply with Massachusetts rules and regulations and successfully stopped several unlawful lawsuits against Lynn residents.

In 2017 Michael started working with a large Union in Massachusetts to provide legal services through the Union’s Legal Funds. Michael has provided additional training and informational sessions for Union members regarding housing and immigration.

In 2019 Michael transitioned a large portion of his practice to a long term friend and co-worker. Michael focused on a smaller scale of clients and spent additional time with his mother who had terminal lung cancer. Michael’s mother, Brenda Beal, passed away August 19, 2020. Michael and his family will offer a scholarship, mentorship and an internship in her honor to 5 Lynn Public Schools 10th graders each year.

Michael has filed thousands of immigration matters throughout his career. Michael has been used as an expert witness in cases involving immigration issues. Michael understands immigration and its impact on the Lynn community.

When COVID19 hit our community hard, many families relied on Michael to probate their lost ones estate. Michael handles these cases with compassion and with urgency. Michael also works with families with elderly relatives that have declining health and need additional assistance in life, through guardianship and conservator petitions.

Michael has been in the real estate field for over 15 years, having become a real estate broker 7 years ago. Michael owns the Lynn based Michael Anthony Real Estate, LLC. In addition to taking part of over a million dollars in transactions each year, Michael utilizes his real estate practice to educate and train Lynn residents that are interested in real estate. For the past 5 years, Michael has offered a free real estate course (the required 40 hour course) to over 50 Lynn residents and this has spurred job growth in the area and provided another source of potential income for those completing the free course.

In 2020 Michael started inviting seniors and recent graduates of Lynn Public Schools to take part of the course, increasing the average class size from 10 students to 25 students.

Michael bought his first investment property in Lynn in 2006, a multi family on Saunders Road, and in 2020 he acquired the former Hayward Restaurant/Dock 125 on Lynnfield Street. Michael understands the real estate market and housing in Lynn.

Michael serves as the Clerk of the Board for the Haven Project, which runs the Land of a Thousand Hills Cafe on Monroe Street. “The Haven Project is the only organization north of Boston dedicated specifically to providing age appropriate services to a growing, vulnerable 17-24 year old homeless young adult population. We implement our mission through six essential focus areas: basic needs, employment, housing, education, health, and community engagement.”

Michael has been working on the Board for Good Hope for several years and is the former Clerk for the Board. Good Hope Foods continues serving hundreds of families each week and with COVID19 the numbers increased. Michael worked to bring a food bank into Lynn when other food banks were closing down. Good Hope Foods works in collaboration with Lynn Community Connections Coalition, an organization Michael currently serves on the Steering Committee, to fight hunger and the food insecurities many families in Lynn face. Many Lynn residents get their food from the food banks offered by Good Hope Foods. Aside from just offering food, Good Hope offers English classes, has medical clinics, and has a Thanksgiving dinner project each year. It’s important to meet families where they are and help equip them with the tools they need to succeed. After so long, you start to see families succeed on their own and help others.

Michael serves on the Board of Directors for North Shore Latino Business Association (NSLBA) and is the former Director of Fundraising. NSLBA is “the premier small business association in Boston’s North Shore helping Latino and business owners and entrepreneurs grow.”

Michael has spent several years working on the steering committee for Lynn Community Connections Coalition (LCCC) and is the former Chair for the committee. LCCC serves families, individuals & senior citizens throughout the city of Lynn and connects them to various resources. For several years LCCC offered Parenting Programs and Fathering Programs to the community which helped improve family reunification after DCF involvement. LCCC partners with Lynn Housing Authority and other non-profits like Center Board. LCCC holds an annual Child Abuse Prevention Community Breakfast in which Michael was a speaker and participant for many years.

Michael has spent several years working on the Boston Walk Committee for the Lupus Foundation of America and is the former Chair for the walk committee. The Boston Walk has raised over 1,000,000.00 over the past 7 years to help meet the organizations “three critical goals: identify the causes of lupus, discover better ways to control symptoms and, ultimately, find pathways to cure lupus.”

Michael serves on the Beyond Walls Leadership Council. Beyond Walls is “a diverse group that believes cities best thrive when they are full of art and have engaged stakeholders and active spaces.”

Michael served on the Board of Gregg House during the leadership transition period. “The Gregg House Mission is to support each child in our program to grow up healthy, educated, resilient, and successful by providing every family with comprehensive services, appropriate resources, and ongoing opportunities for family and community engagement.”

Michael was also a Board member of the Malden Chamber of Commerce for almost 3 years.

Michael was first elected to the School Committee in 2017. Since joining the Committee, Lynn Public Schools (LPS) has changed the formula used in our school budget (the largest in the city), making it more equitable and improving the experience and education our students receive.

In 2018 LPS started offering free breakfast and lunch to all students. LPS qualified and is now enrolled in the Community Eligibility Provision Program. Business Administrator Kevin McHugh has projected that LPS will net about $100,000.00 a year being in the program, allowing for more funds to be allocated to the direct services of our students (who are now learning on a full belly).

In 2018 LPS and the School Committee drafted and approved Operating Protocols aimed at improving communication, transparency and trust between the committee and school administration.

In 2020 LPS started rolling out initiatives aimed at eradicating racism and improving cultural competence in the district.

During the past four years we have seen a real transformation of LPS that benefits our students.

Michael has been a volunteer with Volunteers of America for the past 25 years. VOA is “dedicated to helping those in need rebuild their lives and reach their full potential”.

Michael serves as a Mentor for North Shore Community College’s chapter of Men Achieving Leadership, Excellence and Success (MALES). “M.A.LE.S. (Men Achieving Leadership, Excellence and Success) organization  fosters inclusive professional and personal development opportunities, which enhance and aid to the overall fabric of civic engagement and the academic and community environment.  M.A.L.E.S. develops and transforms educated and engaged individuals through mentorship, brotherhood, service learning, social capital and professional growth. M.A.L.E.S. integrates the goals and vision of alumni, advisors and current members who are dedicated to help facilitate the enrichment of the organizations culture.”

Michael has the knowledge, background and experience to be Mayor of Lynn during this important time in our city.

Letter to Editor on Diversity in Lynn

Always get the latest updates about the campaign. Get direct updates to your email